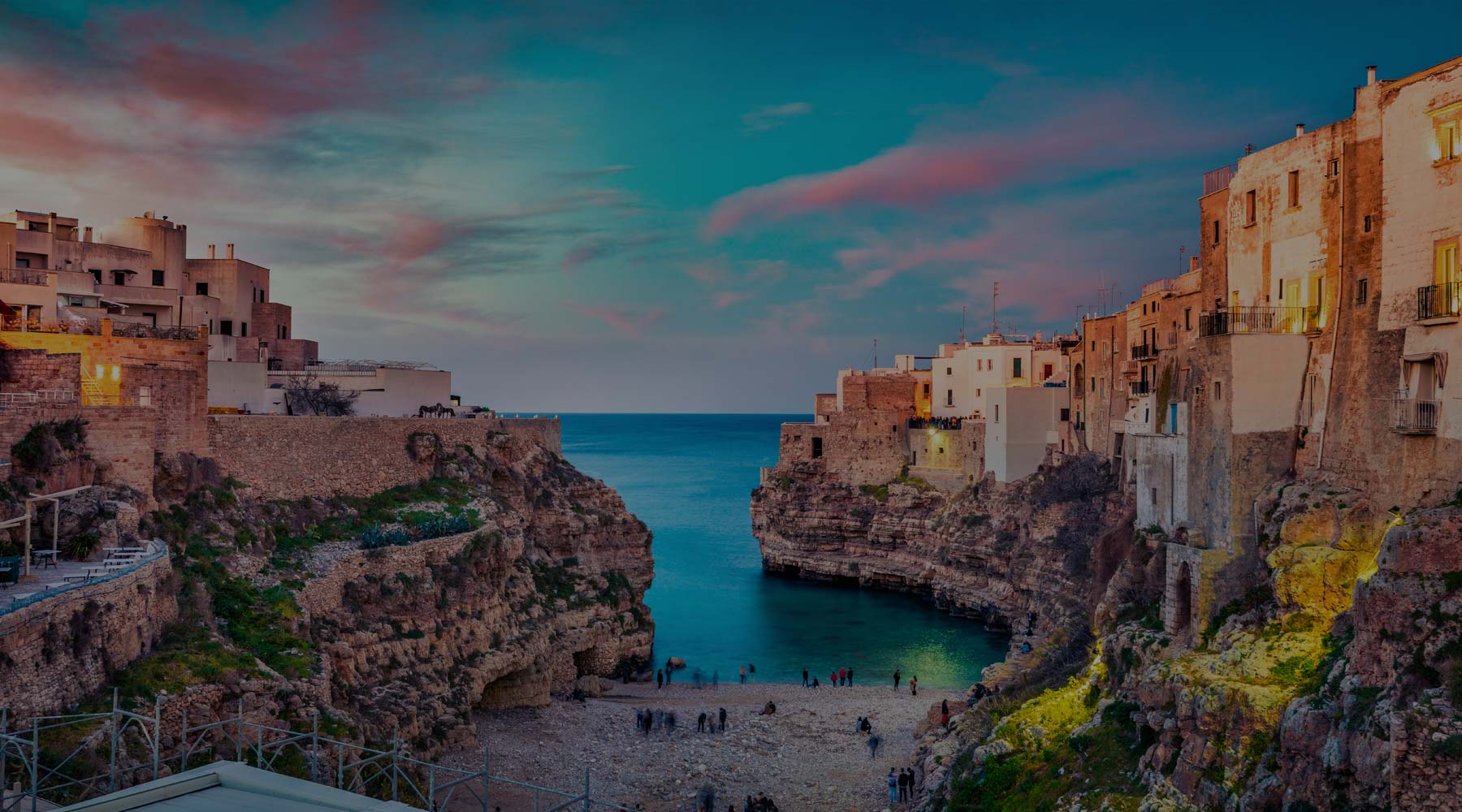 Italy, country of south-central Europe, occupying a peninsula that juts deep into the Mediterranean Sea. Italy comprises some of the most varied and scenic landscapes on Earth and is often described as a country shaped like a boot. At its broad top stand the Alps, which are among the world’s most rugged mountains. Italy’s highest points are along Monte Rosa, which peaks in Switzerland, and along Mont Blanc, which peaks in France. The western Alps overlook a landscape of Alpine lakes and glacier-carved valleys that stretch down to the Po River and the Piedmont. Tuscany, to the south of the cisalpine region, is perhaps the country’s best-known region. From the central Alps, running down the length of the country, radiates the tall Apennine Range, which widens near Rome to cover nearly the entire width of the Italian peninsula. South of Rome the Apennines narrow and are flanked by two wide coastal plains, one facing the Tyrrhenian Sea and the other the Adriatic Sea. Much of the lower Apennine chain is near-wilderness, hosting a wide range of species rarely seen elsewhere in western Europe, such as wild boars, wolves, asps, and bears. The southern Apennines are also tectonically unstable, with several active volcanoes, including Vesuvius, which from time to time belches ash and steam into the air above Naples and its island-strewn bay. At the bottom of the country, in the Mediterranean Sea, lie the islands of Sicily and Sardinia.

Italy is renowned as a tourist destination; it attracted more than 40 million foreign visitors annually in the early 21st century. Conversely, less than one-fifth of Italians take their holidays abroad. The tourist industry in Italy experienced a decline from 1987 onward, including a slump during the Persian Gulf War and world recession, but it rebounded in the 1990s, posting gains in the number of overseas and domestic tourists. In addition, the Jubilee celebrations promoted by the Roman Catholic Church in 2000 to mark the advent of its third millennium attracted millions of tourists to Rome and its enclave, Vatican City, the seat of the church. Pope Francis declared 2016 to be an Extraordinary Jubilee of Mercy, an event that drew still more pilgrims to the Vatican.

The 20th century saw the transformation of Italy from a highly traditional, agricultural society to a progressive, industrialized state. Although the country was politically unified in 1861, regional identity remains strong, and the nation has developed unevenly as a cultural entity. Many regional differences are lessening with the increasing influence of television and other mass media as well as a nationally shared school curriculum. Though Italians have long tended to consider themselves citizens of their town or city first, followed by their region or province and so on, this is changing as Italy becomes more closely integrated into the European Union (EU) and as Italians come to think of themselves as part of a supranational community made up of many peoples.